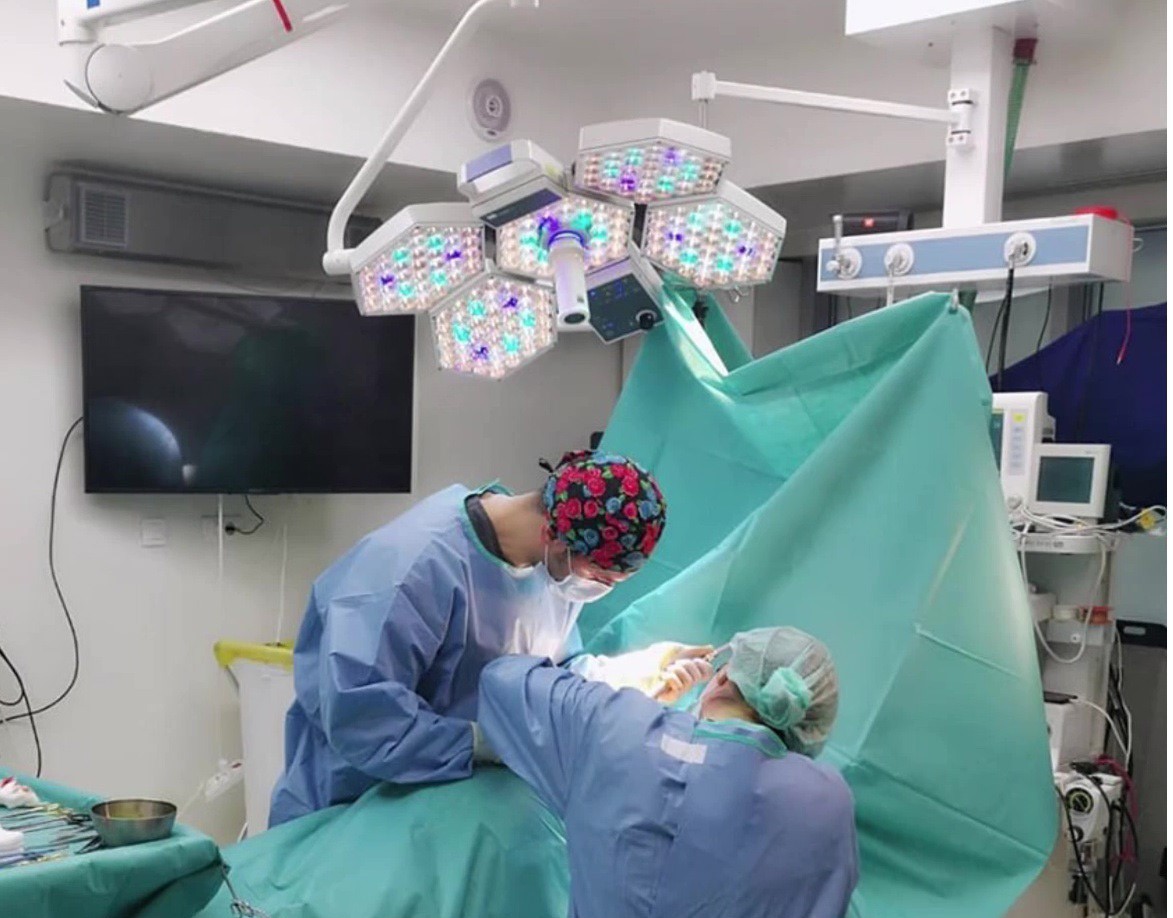 S.N.G.N. Romgaz S.A. was awarded at Energynomics Awards 2016 for the activities developed in the “Community health Program”. The program focused on local communities in which S.N.G.N. Romgaz S.A. operates and aimed at improving the health care system so necessary for a healthy population.

The program for local communities in which Romgaz is involved, meets the needs the communities are facing, the aim being the efficiency of medical system, so necessary for a healthy population. Romgaz provides support for the implementation of projects to improve health services and supports healthcare research by endowment of medical units, by supporting projects for rehabilitation/repair/efficiency of hospital units, research, education, information programs and training in the medical field.

The project for modernization and increasing energy efficiency starts in 2017 by using solar energy for producing hot water and heat pumps and geotechnical drilling at Internal Medicine Department from Medias Municipal Hospital.

In 2015 Medias Hospital, being entirely financially supported by Romgaz, conducted the pilot project for energy efficiency of a building, called Green Hospital. The action consisted in modernizing the Infectious Diseases Pavilion and increasing energy efficiency by the use of energy from renewable sources using geothermal drilling with heat pumps and solar panels. This investment has reduced production costs of the heat by 50% for this pavilion, at the same time being a sustainable method. The pilot project proved to be an effective one, which is why Medias Hospital has taken steps to extend the heat production system from renewable sources at other pavilions. Currently, the project for increasing energy performance by using renewable energy sources is in the process of preparing documentation for approval of intervention works (D.A.L.I.), stage 2 will be conducted in 2017.

Târnăveni Hospital serves a community of about 22000 people, the vast majority coming from rural areas of the Transylvanian Basin, where the company operates for over 100 years. In the investigation and treatment process, the hospital requires specialized equipment which is why Romgaz has met their funding request to purchase a CT scanner to equip the Laboratory of Radiology and Medical Imaging. The acquisition will be achieved during 2017.

S.N.G.N. Romgaz S.A. responded to the request to provide financial support for equipping Anaesthesia and Intensive Care units, Medical Analysis Central Laboratory, Neurosurgery and Orthopedics with medical equipment. Ploiesti Storage branch employees are members of the community served by Ploiești Emergency Hospital, which is the only hospital that provides medical emergency services within a radius of 60 km for approx. 250,000 urban residents and rural surrounding areas. The acquisition will be achieved during 2017.

The hospital serves a community of about 52000 urban and rural residents, and some of them are members of the communities where Medias Production Branch has production fields. Romgaz has met the hospital need giving financial support to purchase Biochemistry Laboratory equipment and a Doppler ultrasonograph. The requested amount is additional to own financial resources for renewing the equipment. The acquisition will be achieved during 2017.

S.N.G.N. Romgaz S.A. offered financial support to “Petru Poni” Institute of Macromolecular Chemistry, Iasi for the project "Thermoreversible Injectable Hydrogels for Cardiac Tissue Repair after Myocardial Infarction" and for its patent (WO Patent), which is an aid to encourage health research. The invention of „Petru Poni” Institute researchers had remarkable results in the laboratory. Thermorevesible hydrogel is a product intended to heal myocardial infarction by non-invasive surgery. Injecting a ml of gel in the cardiac tissue it will result in a healthy tissue within 4 weeks.

The product has a major social and economic impact, heavily reducing costs compared to conventional surgery for heart attack and the recovery time of the patient. SNGN Romgaz SA offered a part of the amount required to cover these costs so that the right conditions can be provided for producing and merchandising the gel. Hydrogel is due to come into production during 2017.

In a 2011 Eurostat statistic, Romania ranks 7 out of 33 analysed countries with deceased from cardiovascular diseases, with a total of 700 people per 100000 residents, compared to the EU average of 278 people per 100000 inhabitants.

In 2015 Romgaz continued to offer support in sustaining and implementing a various range of programs in the field of health, by proving high performance medical equipment for four hospitals – Medias, Tirgu-Mures, Sibiu and Blaj –, by developing and modernizing the infrastructure of some centres for disabled persons or by offering support as far as concerns the specialized treatment for children diagnosed with autism.

In general, the hospital institution and health are considered top expectations at the level of the local communities, being given the underinvestment of the national health system. Supporting the medical units was and is an invariable concern for Romgaz, confirmed by the history of the medical units’ sponsorships.