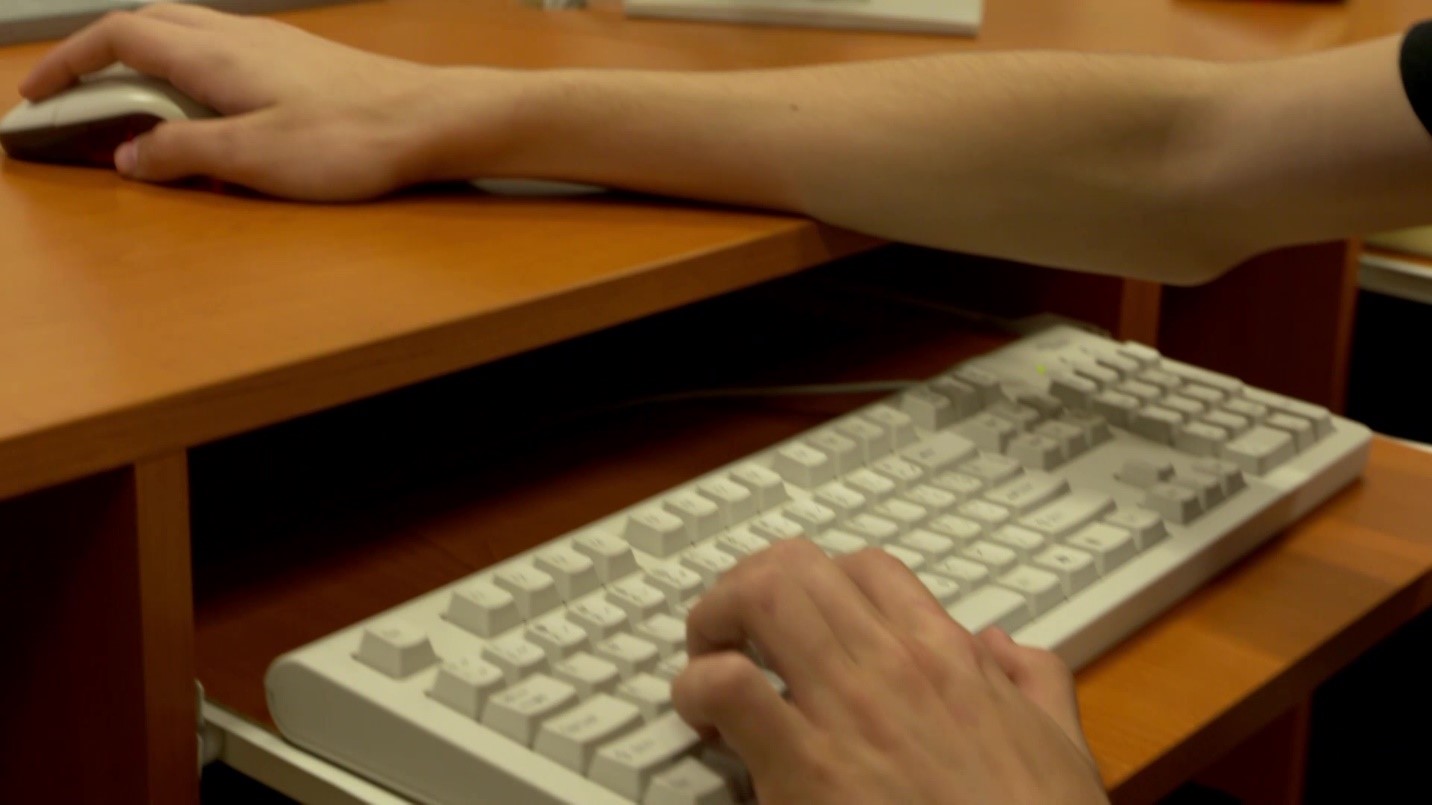 Submitted by florin.opriscan on July 8, 2021

Romgaz cooperation with the educational environment is based on an active dialog, prioritizing the personal development and instruction of young people to support them in meeting socio-economic, demographic, environmental and technological challenges. Romgaz supports concepts and initiatives to enhance the young generation’s chances, bearing in mind that educational institutions or organizations involved in the development of the education system often need voluntary involvement and support of a company responsible towards the community, so that programs supporting education and formation can be implemented and yield expected outcomes.

The national project “Physics otherwise”, initiated by Centrul de Evaluare si Analize Educationale (CEAE) together in collaboration with the Romanian Physics Society promotes a set of modern educational practices for teaching physics at schools based on inquiries. The program is a model of student-centered learning by encouraging research and independent learning which stimulates students’ curiosity and promotes reflection and critical thinking.

By this program, over 1400 physics teachers from several counties were already supported to change their way of teaching and to use inquiry based learning), a method with measurable impact on students’ outcomes. More than 100000 students benefit from the advantages of the new learning method, aiming at increasing students’ interest in studying natural sciences and finding the passion for knowledge, all-important for innovation and scientific research.

CinEd platform offers a variety of formats that can be projected in different spaces, from cinemas with professional standards, to rooms with minimal equipment or classrooms. Teachers can freely access the platform in order to have access to educational resources and to film catalogues, so that a larger number of students could develop a new perspective on how to watch and understand art films, becoming active spectators with critical inputs and discovering not only the richness of European cinema, but also cultural and linguistic diversity.

Romgaz has granted financial support for the implementation of CinEd programme in ten cities in Romania: Bucharest, Alexandria, Buzau, Galati, Craiova, Medias, Targu Mures, Timisoara, Ploiesti and Roman, by organising training sessions for teachers and film screenings for students, followed by talks hosted by a film reviewer. Macondo Cultural Association and NexT Cultural Society coordinated the implementation of the cinema education programme in Romania, initiated by the French Institute in Paris bringing together partners from eight European countries.

UNICEF and Romgaz support children to go to school

Under the campaign “Come to school! Intervention model for school participation” UNICEF and Romgaz have signed a partnership to contribute to preventing and reducing absenteeism, school abandonment and early school leaving.

A program initiated by UNICEF, to which Romgaz joined, too, consisted in counselling the teaching staff, local authorities and parents, in order to ensure the access to education among children from socially and economically disadvantaged families in 5 unprivileged communities from Buzau, Dambovita, Neamt, Prahova and Suceava during the school year 2014 – 2015.

At the end of 2015, Mister Virgil Marius Metea, Director General of Romgaz, together with the UNICEF representative in Romania, Mrs. Sandie Blanchet, visited School with grades I-VIII from Cilibia, the county of Buzau, sustained by Romgaz starting with year 2014 – 2015. The school from Cilibia is a good practice example, through increase of the school participation and reduction of truancy, recorded in this school due to “Let’s go to school!” program.

All the experiences, the lessons learned and the good practices developed within the “Let’s go to school!” campaign, shall be assumed, developed and integrated in the project carried out at the level of the county of Bacau “Social inclusion through provision of integrated services at community level”, intending social inclusion, increasing the participation degree in education and reduction of truancy risk and school-drop for the community children.

The investment in the future of the generations that will contribute through science and innovation to the sustainable development of the company and of the Romanian society implicitly, represents Romgaz active involvement in the life of the communities where positive change is possible by fulfilling long term social engagements.

Cinema-edu is a cinema education project dedicated to high school pupils where film premieres, film productions with and about high school pupils, animations and documentaries are projected to get them acquainted with world patrimony movies, which are followed by discussions and debates on the film’s topic.

“Cinema Edu”, currently at its Vth edition, is the most extended film and social education project in the country, meant for high school students in Romania. Year by year the most successful European films are presented, followed by innovative talks among high school students with special guests from the film industry and not only. The subjects discussed were inspired from the projected films and covered areas such as environmental responsibility, family, communication problems or the healing power of art. Together with the project’s guests, film directors, actors or film critics, the high school students took part in this project, where visual art represented a basic instrument for a complex education based on interdisciplinarity. For more than six months of films projections, students from Ploiesti, Craiova, Medias, Tirgu-Mures and Roman, learned to appreciate art films and, especially, to understand their viewing modes.

Romgaz supported this project together with Macondo Cultural Association, the Ministry of Education, Research, Youth and Sports, County School Inspectorates.

Cinema-Edu project is a form of communication with pupils via cinema, focused on the teenagers social and topical issues, with the intention to develop their interest for suggestive films. Cinema makes teenagers more sensitive and encourages creative and critical thinking.

Through the “Young Leaders Club Summers School” Project “, developed at the beginning of 2015, Young Leaders Club (YLC) Association addressed to an interactive debates style of some topical subjects, such as financial crisis, investments, a full and deep analysis of current financial markets by organizing training sessions, seminars and conferences, addressing to a young public, eager to evolve.

During the XI-th Edition, in 2015, the program concentrated upon the financial industry challenges at global level. The participants were Romanian and foreign students, future graduates of elite universities in the world, interested in the opportunity of a career in financial field. Among the lectors of the program were university professors, bankers, traders or worldwide economists and the program ended with a final examination organised with the help of Bloomberg Institute, which offers the graduates an international certification of their knowledge and abilities.

The courses of Young Leaders Club, which during the organised editions counted over 300 participants, developed under the theme of a continuous education, are meant to increase the level of knowledge of the participants, as well as practical abilities, in order to apply business concepts associated to some successful models in education.

„Romgaz invests in your education!”

The social project „Romgaz invests in your Education!” carried out at the end of year 2014 in partnership with the Association Education for Europe Cluj Napoca, was born in order to offer educational, moral, material and cultural support for exceptional students. Due this project, exceptional students from secondary school were rewarded, students.

Identified in 35 local communities from Transylvania where Romgaz carries out activities. The award includes a financial support for the students selected based on school results and promoting them in the community by distributing a magazine dedicated to awarded children.

The projects came in to meet students who became due to their effort an example of excellence and motivation and for this reason Romgaz wishes to give them a well -deserved recognition and to encourage them in their mission of promoting the success through education.

Romgaz joined the project “Minds war”, a contest of general knowledge conceived as a TV show by the Association “Permanent Activ” Targu - Mures together with the Targu - Mures TVR studio and supported by the Mures County School Inspectorate.

The show is a form of interactive education for the benefit of the community by promoting social models among young peoples and encouraging continuous multidisciplinary self -help.

During the TV show broadcasted by TVR Targu – Mures, high school teams from Mures confronted in theoretical tests of general knowledge from eight fields, but they also took a practical test of handicraft, spontaneity and perspicacity. In this project were involved 16 high schools from Mures County representing 6 localities namely, Targu Mures, Ludus, Tarnaveni, Reghin and Gurghiu, with an impressive number of participants such as students, teachers, partners and organizers.

In 2015 Romgaz supported the National Olympiad of Mathematics, 2015 - 2016, for Grades V – XII and the National Olympiad of Romanian Language and Literature, organised by the School Inspectorate of Mures County. As part of the generations’ consciousness, the school Olympiads represent the success of a long perseverant activity, creating an air of competition and boldness, stimulating the wish to be the best.

The company actively participates in various educational partnerships with higher education institutions such as the Petroleum-Gas University of Ploiesti, "Babes Bolyai" University of Cluj-Napoca and "Lucian Blaga" of Sibiu.

Romgaz involvement in supporting education in various cities consist also in financial support for the modernization of classrooms, rehabilitation of buildings, equipping libraries, rearranging spaces in the yards of schools or organizing competitions and contests, support to travel abroad in order to exchange experience, organize specific events.