S.N.G.N. Romgaz S.A. performs operations in blocks where it is a co-titleholder, together with foreign partners:

Hydrocarbon exploration focuses on generating value by increasing and enhancing the resources portfolio, given that natural gas represents the energy source that will continue to be important for society over the coming decades. The objective of optimising resources, increasing the efficiency of all sectors of exploration through improved logistics and digitization are key directions for ensuring the quality, competitiveness and continuity of exploration activity.

Increasing our gas reserves and resources is a strategic priority. Diversification/expansion of gas resources and reserves is achieved through „Discoveries + Enhancement in the recovery rate of proved reserves”. 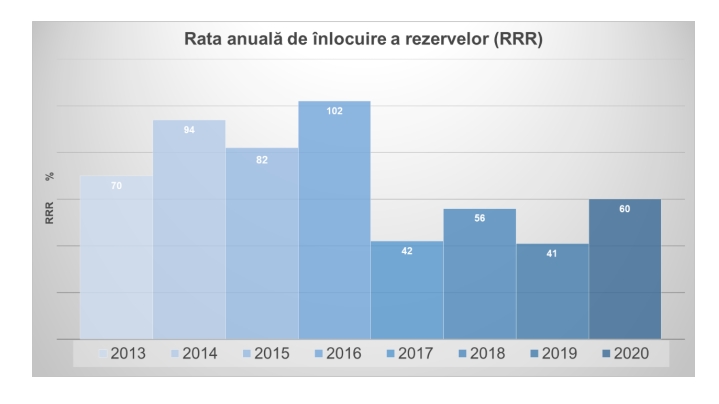 On the basis of new discoveries made in 2020, the annual reserve replacement rate (RRR) was estimated at 60%.

For Q1 2018, DeGolyer&MacNaughton, an American company, carried out the external audit process for contingent reserves and resources held by Romgaz, thus:

Audited contingent reserves and resources as of December 31, 2017